Evermind Allows Caregivers to Check on Seniors From Afar 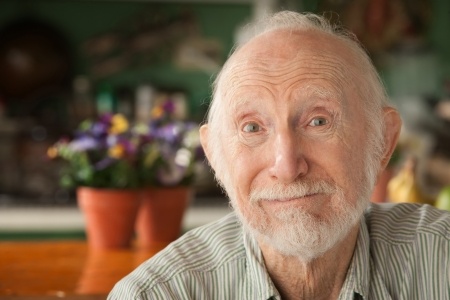 Thanks to the improved quality of life afforded by modern medicine, seniors are able to live independently longer than ever. Regardless of our age, independence and autonomy are extremely important to us. Unfortunately, many of us will, at some point in our lives, be faced with the decision to place our aging loved-ones in assisted living facilities. The worry of not knowing whether they’re okay from moment to moment becomes overwhelming, and so we’re forced to make this extraordinarily difficult choice. Fortunately, a new product called Evermind is allowing seniors to continue living independently, while granting their caregivers the peace of mind of knowing they’re alright.

Evermind consists of a series of small boxes that plug into the wall outlets in a home and monitor the activity of electrical appliances. The boxes then wirelessly communicate with caregivers, providing them text messages and email notifications when appliances are used, or not used, within a given time period.

Let’s say Eugene always makes his coffee between the hours of seven and nine in the morning. If one morning he doesn’t make his coffee, Evermind will notify his caregiver, alerting them to potential trouble. On the other hand, if appliances such as irons or lights are left on for unusually long periods of time, caregivers will also be notified.

According to the company’s website, “compatible appliances include microwave ovens, coffee makers, TVs, lamps, curling irons, CPAP machines, garage door openers, and many more.” Best of all, Evermind doesn’t require an in-home internet connection. Rather, it communicates directly with the caregiver’s electronic devices.

At only $199, Evermind is a cost-effective solution for concerned caregivers. While some reviewers have bemoaned the lack of a mobile app for Evermind, we wouldn’t be surprised to see this functionality added in the future. In general, testimonials have been remarkably positive. Want to learn more? Check out this video from their YouTube channel.