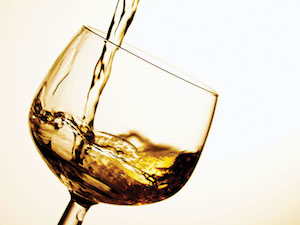 In many cultures, it’s not a celebration unless it includes alcohol. Many families have drinks specific for a holiday that have been customs for generations and are looked forward to throughout the season. It’s also easy to say “I’m finally retired and I deserve it!” Even though alcohol is a socially acceptable way to unwind after a long day or join in festivities, we need to appreciate the real power of that substance we’re putting in our bodies.

The alcohol we know is primarily ethyl alcohol (ethanol). This is the result of yeast being added to fruits or grains and given time to devour all the natural sugars. Fermentation, depending on the process and ingredients, yields almost pure ethanol. Most hard liquors are diluted to around 40%, and beer or wine can range from 2-20%.

Alcohol is primarily a depressant, which is hard to tell given its euphoric effects. Small amounts of alcohol can encourage a person to “loosen up”, but larger amounts can lead to depression of the vital organs such as the heart and lungs. This is especially true for anyone taking medications – even over the counter herbal remedies. It’s best to ask a doctor or pharmacist about the possibilities of adverse interactions when drinking even a small amount of alcohol.

Did you know:
• An estimated 6.8 percent of adults engaged in heavy drinking in the past month.
• About 16.6 million adults in the U.S. have an alcohol use disorder
• An estimated 88,000 American die annually from alcohol-related deaths, the third leading preventable cause of death in the U.S.
• Alcohol contributes to over 200 diseases and injury-related health conditions
• More than 10 percent of U.S. children live with a parent with alcohol problems.

Having a few drinks is fairly harmless for most people – its effects are short-lived and the worst consequence might be a headache the next morning! A small percentage of the population cannot enjoy such beverages-they become depressed and maybe even dependent. This is a serious disease and a doctor or mental health provider should be consulted. There are also many resources available, both by phone and on the web, for anyone who might need support regarding their own or a loved one’s alcohol consumption.

Just remember that if you’re going to be drinking, please do so safely and in moderation!