Caring for our minds 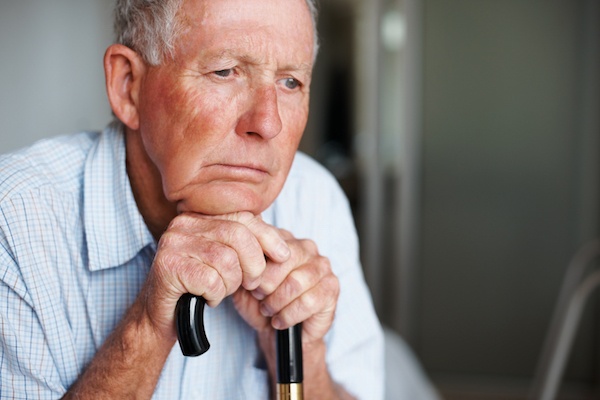 Did you know that one in three seniors with mental health concerns never receive treatment? This was a surprise to us as well, considering 20 percent of adults over age 55 suffer from one or more types of mental illness. It is easy to assume that Alzheimers or Dementia would be the most common offender, however, another diagnosis is quickly overtaking this statistic.

“Depressive disorders are the top mental health issue faced by seniors today” says gerontologist Patrick Arbore, EdD. and Director of the Center for Elderly Suicide Prevention and Grief-Related Services. Almost five percent of seniors living at home suffer from major depression, and that number increases to 14 percent for residents of assisted living facilities or those receiving home health care.

Too often independent seniors will downplay their ailments, or not recognize the warning signs of depression. These problems can even be overlooked by general practice physicians since they often occur alongside conditions that are common later in life. Forgetfulness is common as we age, but dramatic memory loss and lack of cognition aren’t.

Caregivers, doctors, and loved ones should be on the lookout for the following, which could be indicators of mental health issues:

Compounding and accelerating mental deterioration are long-term illnesses like heart disease or cancer, and those which affect thought, memory, and emotion like thyroid or adrenal disease. Diet, nutrition, medication, and major life changes will also play a role in mental health and may be triggers for more advanced clinical depression.

It is important to be aware of these indicators and to consult a specialist like a Geropsychologist for a mental health evaluation even if symptoms aren’t obvious. More than just the “holiday blues”, depression is a serious illness and should be treated as such. There are many educational resources available online, as well as organizations which could help you or a loved one cope with or combat this disorder. Mental illness is very treatable as long as we know what to look for and where to turn.