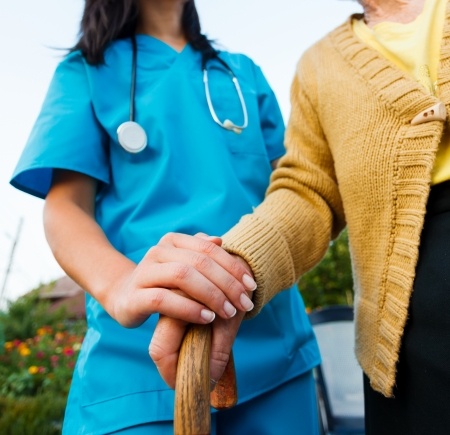 Alzheimer’s is a debilitating neurodegenerative disease; one scientists have only recently begun to understand. According to the Alzheimer’s association, over 5 million Americans are currently afflicted with the disease, and that figure is expected to grow in the coming years as the country’s population continues to age. Even more troubling, Alzheimer’s disease International estimates that only one in four people with dementia receive a formal diagnosis for their condition.

The signs of Alzheimer’s can be difficult to spot, particularly for people who are more-or-less unfamiliar with the symptoms of the disease. Too often, family members write off these symptoms as common features of old age rather than as indications of a serious condition. With this in mind, we’d like to take a moment to educate our readers on a few of the signs and symptoms of the early stages of Alzheimer’s.

While everyone is subject to lapses in short term memory from time to time, these incidents will become far more frequent as Alzheimer’s begins to take its toll on the brain. If you find your loved one continually repeating themselves, telling you things they told you just a few hours ago, encourage them to see a doctor for a brain scan.

The onset of memory loss associated with Alzheimer’s can be a confusing, frustrating experience for seniors. Activities that were once easy become more difficult, and this can lead to sudden, often inexplicable changes in mood. Some people suffer from anxiety, fear, and even paranoia about family members lying or stealing from them. If your formerly sociable family member has suddenly become withdrawn, depressed, or otherwise moody, they may be exhibiting early signs of Alzheimer’s.

Getting Lost in Familiar Places

Does your family member have trouble navigating around their home town? Do they get to the produce section at the grocery store, only to forget why they’re there and what they need? These brief short-term memory “hiccups” are tell-tale signs of the early stages of Alzheimer’s.

As Alzheimer’s advances, it becomes increasingly difficult for people to read, write, and perform basic mathematical functions. If your loved one has started having trouble doing things like paying bills or balancing a checkbook – tasks they have successfully accomplished for years – they may be in the early stages of Alzheimer’s.

We all have trouble finding the right word for a situation sometimes, but these incidences should be few and far between. If you notice your family member is confusing words, or even conflating words into nonsense syllables, they may be displaying the early symptoms of Alzheimer’s.

Do you think your family member might be suffering from the early stages of Alzheimer’s? It’s important that they receive a diagnosis and proper treatment as soon as possible. Modern treatments can significantly slow the advance of the disease. For more information on the importance of early detection and diagnosis, visit the Alzheimer’s Association website here.